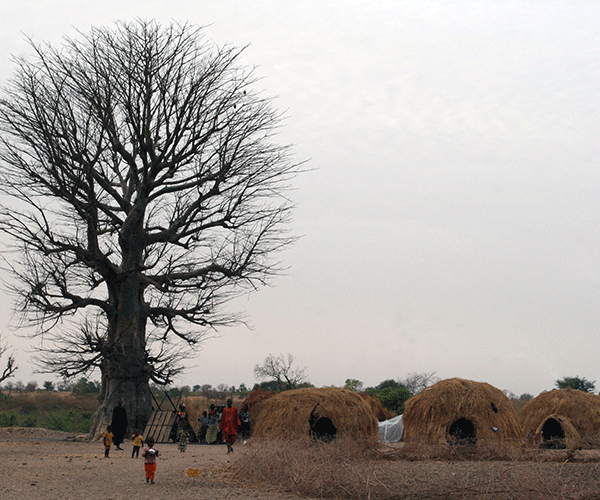 A stone’s throw from the edge of Paoskoto village in Senegal’s interior, a collection of branch and stick huts sit dotted about in a field of old peanut shrubs. This small gathering of the nomadic Fula tribe has settled here briefly to trade with local farmers and find pasture for their livestock. Milk and meat is exchanged for grain and mobile phone credit.

Inside their domed huts, metal-frame beds and well-stowed kitchenware give the impression of settlement. But these are some of the hardest people to reach in universal health campaigns because they are so often on the move. Haji Dia and his wife, Feincoura, have six children, ranging from toddler to teenager. Dia feels he has been successful in life.

“I have 150 cows now,” he says, proudly scratching the waddle of his favorite bull, who squints his eyes in pleasure.

Despite his bovine success, Dia admits that malaria has always been a serious problem for his family.